Around our clubs: No 2 - Whiston Forge CC

Posted on 23rd December 2021 at 07:33
Situated to the south of Rotherham, with Premier Section clubs Aston Hall, Treeton, Whiston Parish Church and Wickersley Old Village all within a four-mile radius of their clubhouse, Whiston Forge CC are one of the Senior Section’s success stories.
The club were only formed in 2015 through the amalgamation of Whiston CC and Forgemasters CC. At the time, Whiston were struggling for players, whilst Forgemasters, who played at the old Aurora ground, were looking for a new home. A merger therefore was a ‘win win’ for both parties, and last season the club fielded sides in Divisions 5 and 8 of the SYSCL.
But it has been over the last 12 months that the club has made great strides both on and off the field. By their own admission, the off-field facilities at Guilthwaite Hill were rather primitive, but all that started to change after the 2020 season. With the help of YCB Area Development Manager Gareth Davis, they obtained a portakabin for £500, which they converted into two changing rooms, both with showers, in time for the start of the season. This enabled them to gut the old pavilion and create an open seating area, which has enabled the club to hold functions and to host local societies (pictured above). They have added a large decking area with a view over the whole playing area in front of the new changing rooms, which gives the players a segregated area with a panoramic view of the playing area.
The club purchased the materials to do the development, but 95% of the work has been done by members – and parents of players in the club’s successful All Stars programme. As club chairman Richard North comments, “Having done the work themselves contributes to a feeling of pride and ownership in the new facilities, which have added an extra dimension to the club. We now have a dry, warm inviting area that can be used all year round, whereas before we would shut the pavilion down at the end of the season and reopen it in the spring. Previously, we had to hold meetings, AGM’s and presentation nights elsewhere, and these can now be held at Guilthwaite Hill.”
On the field, in addition to the two Saturday sides, there is a mid-week team, and last season’s All Stars and Dynamos programme attracted 80 youngsters. Given their location, this is a remarkable achievement. “We know that we have to do something different to attract the youngsters,” North says. “We picked a Friday night to avoid the school-day ‘bath and bed routine’; we do the coaching between 6.00pm and 7, and then let the kids have the full run of the field to play games for as long as they want – or until their parents get fed up and want to go home!” A couple of local catering businesses have got on board, so there have been barbeques and stone-baked pizzas available too. The clubhouse is at the top of a hill, so parents can sit on the decking area with a full view of the field and keep an eye on what is going on whilst having a drink.
Future plans include rendering the outside of the pavilion, cladding the changing rooms, and converting the old shower room into a separate gent’s toilet.
Another area of improvement has been the vital one of the square and outfield. The club used to pay a contractor to undertake the ground work, but four years ago, senior player Mick Raleigh took over. “I’d never been a groundsman before, but I live nearest to the ground so it is easy for me to spend time there,” Mick says. ‘I am largely self-taught, I have had some help and advice from Keith Haynes at Treeton, I have watched several YouTube videos on the subject – and I have learned from my mistakes! It has now become a labour of love.” The fruits of Mick’s labours are there for all to see, and the club are really proud of their much-improved playing area. Having a good ground to play on is certainly another factor in players wanting to play for the club. 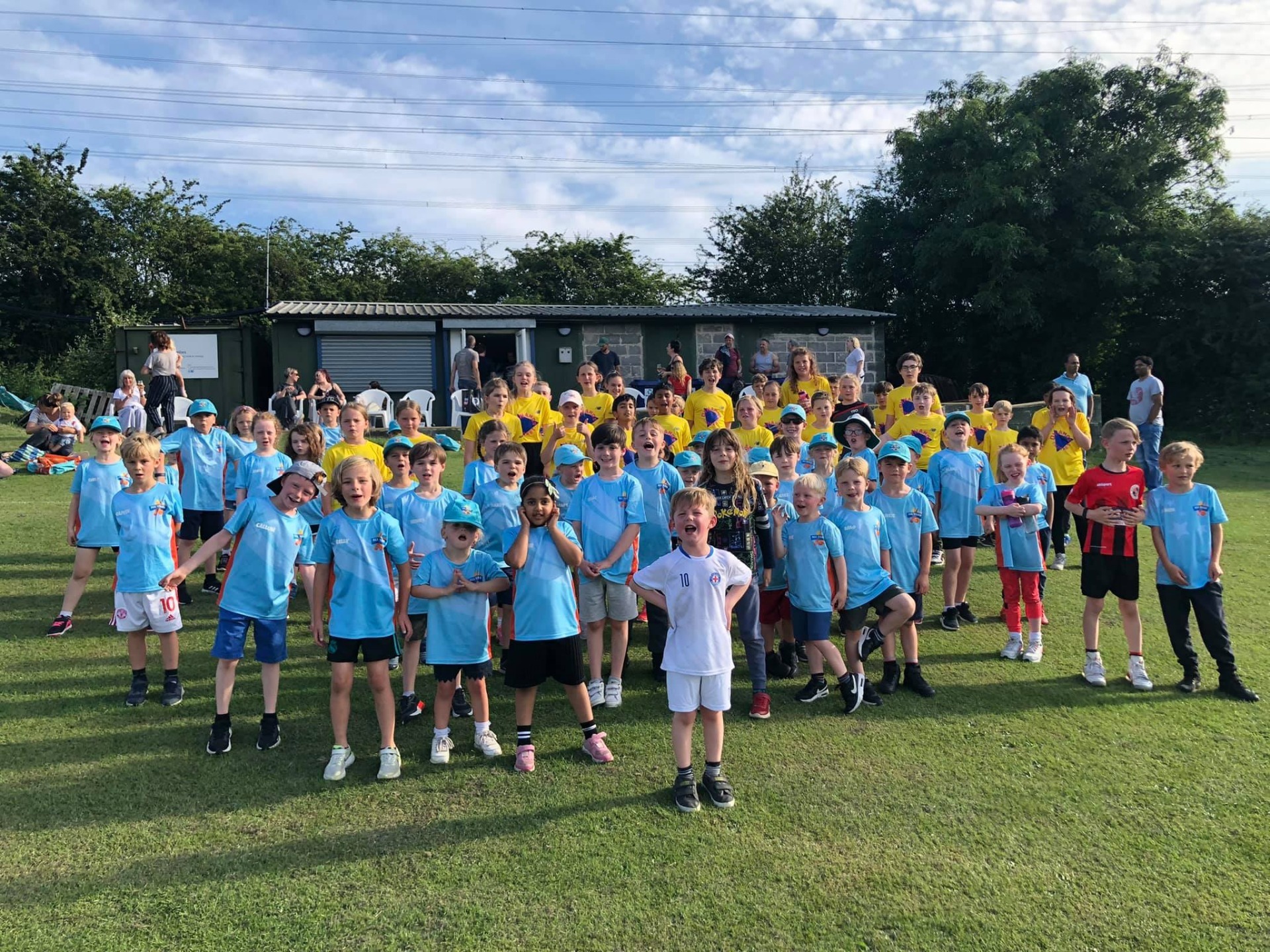 Class of 2021 - All Stars & Dynamos at Whiston Forge CC
“It isn’t easy to attract players with all the competition on the doorstep,” say North. “But we find that when players do join us, they don’t want to go anywhere else.” Last season’s successful Division 5 promotion campaign will certainly help bring the club into the spotlight. It was the club’s first real ‘earned on the pitch’ promotion, and it was founded on a great team spirit. Several players have played at a higher level – and probably still could – but they are happy where they are. The team is led by Rob Bateman, who is a top captain with a great cricket knowledge and is a fine reader of the game; Kristian Lee-Green is a class batsman who fell out of love with the game but whose passion has been rekindled at the club; Steve Cowles has been in the top three of the club’s batting averages since starting out as a teenager; the experienced Scott Biddles won the senior bowling award in Division 5 in 2021; and wicket-keeper John Wagstaff is a fine wicket-keeper, good enough to play at a significantly higher level. The club are happy that they will be able to hold their own in Division 4 with the current squad but, “Like everyone else, we are always on the lookout for players that will add to our playing strength,” says Raleigh. “But they have to be the right ones – players who will fit in with what we are building here.”
The link with Treeton CC runs a lot deeper than advice on the ground. Richard North runs one of the Treeton junior sides and Treeton chairman Nick Kendall helps with the Forge All Stars sessions; the clubs help each other out with players – some Whiston Forge players helping Treeton out on Sundays, and some from Treeton helping the club’s second XI through the loan system – particularly some of Treeton’s talented women players who would not get a game for their own club’s seconds. Whiston Forge have also helped out the senior club by hosting junior or Sunday games. It is a productive partnership that has been beneficial to both clubs. There is no womens and girls section as yet at Guilthwaite Hill. “It is not for want of trying,” says North, “And I won’t give up!”
He pays tribute to the second-team players, who endured a hard season at the bottom of Division 8. “They are full of enthusiasm and just keep going,” he says. They get the club spirit and keep saying, “We’ll do better next week.” Thanks to their juniors and girls players their friends down the road and the sheer determination of captain Liam Alcock, they conceded only two games last year – a notable achievement for a team in their position.
The club is now becoming better known in the local community too. “I think that the lockdowns have helped in this,” says North. ”People were going out for walks and noticed the ground, where they just drove past before. Some said they hadn’t even realised there was a cricket ground there.” One of the users of the new facilities is a local drama group, who did a ‘Shakespeare in the park’ production earlier this year. It has all helped to put the club on the map in the local community.
Anyone in the area looking for a new club – or just wanting to watch a bit of cricket – will find a genuine welcome at Whiston Forge. It is a friendly, family-orientated club with a strong social side, and parking is available on the ground in the summer. We will leave the last word to YCSPL League Ambassador Terry Bentham. “Every visit we make, we get one of the warmest welcomes one you could ask for,” he says. “The members provide a great example of just what can be done – the revamped club house is fantastic. And it is all down to one word – effort!”
If you would like your club to be featured in this series, please contact the webmaster.
Share this post: