Posted on 1st May 2022 at 10:05
Champions Appleby Frodingham maintained their 100% start to the season with a comfortable win over Sheffield Collegiate at Brumby Hall. Having elected to bat first, Collegiate recovered from 19-2 to 75-2 thanks to a third-wicket stand of 56 between Luke Shutt and Sam Hunt. But after Kieran Lindley dismissed them both, and followed up with two more key wickets, Collegiate were restricted to a modest 164-9. Lindley then shared in a third wicket stand of 111 with Jordan Neil, that took his side to the brink of victory, to complete an top-class all-round individual performance.
Sheffield Collegiate 164-9 (50) Luke Shutt 36, Kieran Lindley 4-46
Appleby Frodingham 166-3 (37.2) Jordan Neil 67, Kieran Lindley 70*
Appleby Frodingham (12pts) beat Sheffield Collegiate (0) by seven wickets
A new League record score for a side batting second to win was set at Churchfields, where Whiston Parish Church set Wakefield Thornes a formidable 317 to win. After deciding to bat first, Andrew Tomlinson and Gareth Davis gave the home side a solid base with a stand of 127 for their first wicket. Aamir Jamal then capitalised with an explosive 103 off just 53 balls, with 15 fours and 4 sixes, receiving excellent support from Lewis Pike (44 not out off 28 balls) in a rapid stand of 116 for the fifth wicket. Only Brad Green (1-49 off 15 overs) was able to exert a measure of control for the visitors. Kieran Donnachie and Joe Billings added 92 for Thornes’ second wicket to put their side in with a chance, before James Rhodes (86 off 71 balls) and Matt Jordan (61 off 37) came together in an unbroken fourth-wicket stand of 139 to see Thornes home in their record-breaking chase with seven wickets and 23 balls to spare. Thornes’ unbeaten record was maintained, and they remain joint top of the table with Appleby Frodingham.
Whiston PC 317-5 (50) Andrew Tomlinson 70, Gareth Davis 48, Daniel Kemp 31, Aamir Jamal 103, Lewis Pike 44*
Wakefield T 320-3 (46.1) Kieran Donnachie 55, Joe Billings 77, James Rhodes 86*, Matt Jordan 61*
Wakefield Thornes (12pts) beat Whiston Parish Church (0) by seven wickets
The Division’s other remaining 100% record fell at Alderson Drive, where home side Tickhill chased down 229 for a comfortable win over Whitley Hall. Having decided to bat first, skipper James Moorhouse (90 off 105 balls) and Matt Cartwright put on 113 for the visitors' first wicket. Whitley did not really capitalise on their fine start as Tian Koekemoer did the damage to their middle order with a five-wicket spell. A target of 230 was not a formality, but Dane Schadendorf made it seem so, with a fine 115 off 119 balls, sharing a third-wicket stand of 128 with Koekemoer to all but see his side home.
Whitley Hall 229 (49.5) James Moorhouse 90, Matt Cartwright 33, Tian Koekemoer 5-64
Tickhill 230-4 (46.1) James Stuart 37, Dane Schadendorf 115, Tian Koekemoer 43
Tickhill (12pts) beat Whitley Hall (0) by six wickets
At the other end of the table, Doncaster Town earned their first points of the season with a nail-biting win over Treeton at Washfield Road. High scores are not necessary for an exciting game of cricket, as this game proved. Doncaster put the home side in to bat first and bowled them out for 151 inside 38 overs. Only Liam Johnson enjoyed any measure of freedom in his innings and after he was fifth out at 119, the innings folded against Umar Amin and James Keast, who took three wickets apiece. Twenties from James Dobson, Jaden Fell and Amin himself took the visitors to 71-1, but an excellent five-wicket spell from Will Street then reduced the visitors to 95-7. However, the experienced Stuart Guy, with a patient unbeaten 22 and support from Ben Stoves and Sonny Day-Tennant, saw the Town Fields side home with just two wickets to spare.
Treeton 151 (37.1) Liam Johnson 50, Umar Amin 3-34, James Keast 3-18
Doncaster T 152-8 (38.1) Will Street 5-25
Doncaster Town (12pts) beat Treeton (4) by two wickets
At the Al-Murad Stadium, Elsecar and Barnsley Woolley Miners were battling for their first wins of the season and to avoid being cast adrift at the bottom of the table. Elsecar elected to bat first, and the game was in the balance when they were soon 31-2. But Bilal Anjam shared in stands of 102 with Ian Swallow and 88 with Tanzeel Ali to take his side to a very respectable 241-7. That score looked insurmountable when Moin Ashraf had reduced the visitors to 29-5, but Ali Jahangir and Beck Frostick added 87 for the sixth wicket to give their side some respectability. Then at 159-8 it looked all over, but Oliver Jackson (39 not out off 24 balls) joined Frostick in a 41-run stand for the ninth wicket to give their side four bonus points. Whilst Anjam and Ashraf were the match-winners for Elsecar, Frostick scarcely deserved to be on the losing side, with 87, four wickets and two catches.
Elsecar 241-7 (50) Ian Swallow 49, Bilal Anjam 84*, Tanzeel Ali 45, Beck Frostick 4-52
Barnsley WM 220-9 (50) Ali Jahangir 34, Beck Frostick 87, Ollie Jackson 39*, Moin Ashraf 6-55
Elsecar (12pts) beat Barnsley Woolley Miners (4) by 21 runs
Cawthorne and Cleethorpes both got off the mark with wins last week, and faced each other in league competition for the first time, looking to move in to the top half of the table. The home side elected to bat first at Dark Lane, but it was Cleethorpes who quickly moved into the ascendancy with two early wickets for Edd Lumby, whilst Harry Costello claimed the prized wicket of Taruwar Kohli for just six. Ben Wright then took over with a fine five-wicket spell and the home side were dismissed for just 125. Forties by Tom Keast and Wright then took Cleethorpes almost to the winning post, and despite losing two wickets when just two were wanted, they recorded a very comfortable win, with 27 overs to spare.
Cawthorne 125 (42.3) Ben Wright 5-31
Cleethorpes 126-4 (23) Tom Keast 41, Ben Wright 41
Cleethorpes (12pts) beat Cawthorne (0) by six wickets
Full scorecards
League table 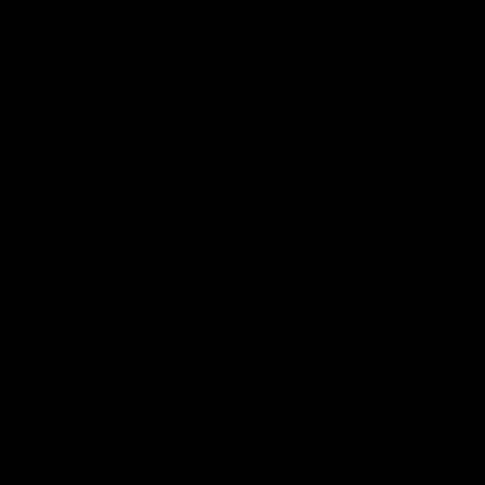