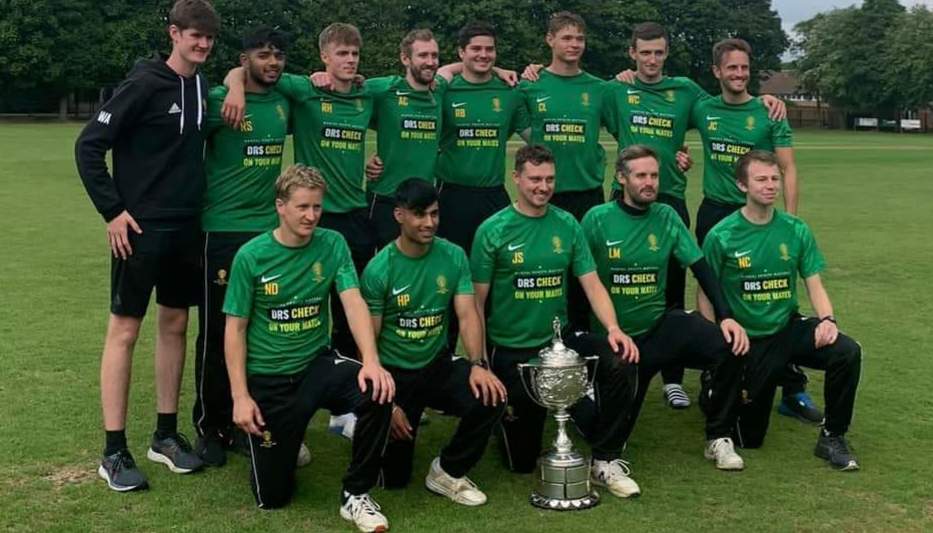 Posted on 1st August 2022 at 10:33
2022 ExtraCover Insurance Whitworth Cup final
The 2022 Whitworth Cup was won by Hallam, convincing winners against Sprotbrough in yesterday’s final at Northfield Road, Wickersley. The start of the game was delayed by an hour and a half due to rain, but a full 40-over contest was still played, with Sprotbrough winning the toss and asking Hallam to bat first.
Hallam openers Harman Puni and Nick Dymock were soon both back in ther pavilion, and Romir Singh followed at 52, the second of Sadrian Ward’s five wickets. But Christian Leddicoat and Rob Basu (52) then put on an entertaining fourth-wicket stand of 129 to take the game away from Sprotbrough. After Leddicoat fell to Scott Mantovani for an excellent 94 off 85 balls, the later batsmen perished in pursuit of quick runs, but Hallam’s 240-8 was always going to be a testing target.
Sprotbrough needed a good start, but unfortunately for them, they fell to 28-3, with two wickets for Hallam skipper James Smedley, whilst Leddicoat took the prized wicket of dangerman Ward. Alex Rudkin kept one end going with a determined half-century, but lost six partners before becoming Alex Coates’ third victim at 93-7. Ashley Langdale’s unbeaten 30 ensured some level of respectability, but Sprotbrough were all out for 154 in the 36th over. Hallam gained a well-deserved win by 86 runs, a further confidence-booster for their promotion bid.
The trophies were presented by Head of Premier Section Mark Beardshall and Dom McMullan of sponsors ExtraCover Insurance, and Hallam’s Christian Leddicoat, with his match-winning innings and two wickets, was an clear winner of the man-of-the match award.
Our congratulations to worthy winners Hallam CC; commiserations to Sprotbrough CC; and thanks to ExtraCover Insurance for their continued and generous support of the competition, to Wickersley Old Village CC for the use of their excellent facilities, to match-manager Linzey Scothern and competition organiser Steve Ward.
Full scorecard 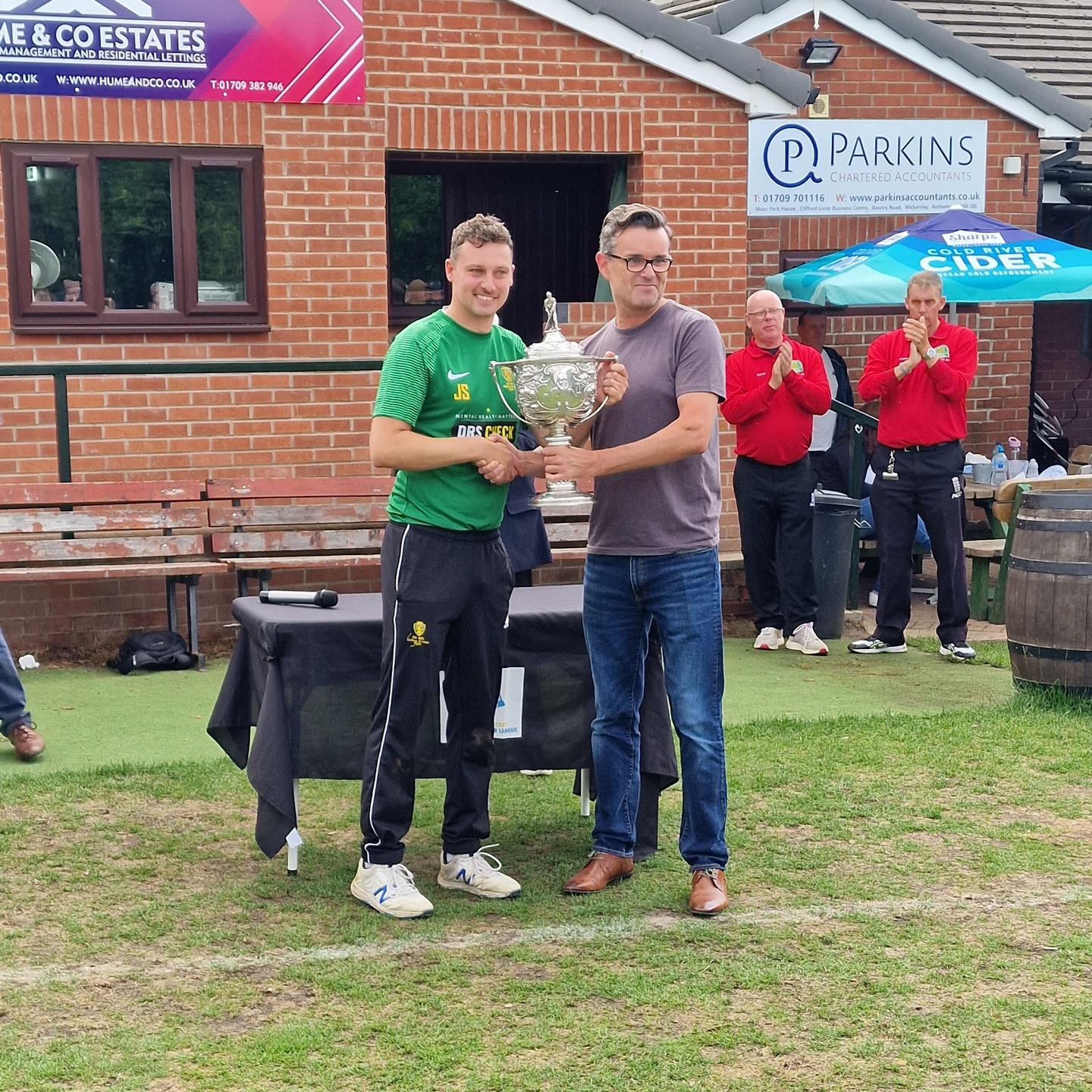