Championship Division round-up for 7 May

Posted on 10th May 2022 at 10:41
It was possibly a watershed weekend as the championship leaders, Hallam and Aston Hall, opened an 18-point gap on their nearest rivals. Both are clearly focussed on a return to the Premier Division as fast as they can. The hard job will be to maintain that focus for another four months.
Conisbrough v Barnsley Woolley Miners 2nds
Conisbrough were hit for over 300 the previous weekend, so this was their chance to show a response; on their own ground, they took it well once they’d got over a difficult start which found them 49-4. Then Gary Strephan joined Scott Lowe and they put on 73 for the next wicket, and, with Buddhika Sanjeewa joining Strephan, another 66 for the sixth. Even when Sanjeewa fell at 250-9, Liam Stainthorpe and Nathan Chadburn put on 61 for the last wicket, so their final total was 311. A massive 66 extras helped their cause, including 33 wides and 15 penalty runs donated by an increasingly frustrated Barnsley – and, in the end, that proved crucial, because Barnsley batted with equal resolve. There were no easy wickets, with the first nine batters all making scores, though none managed 50. They reached 271-8 in their 50 overs – 40 runs short, but with Conisbrough conceding 38 fewer extras.
Conisbrough 311 (50) Gary Strephan 75, Buddhika Sanjeewa 64, Matty Clegg 4-64
Barnsley Woolley Miners 2nds 271-8 (50) Stevie Walters 42, Sheryaar Ali 41, William Chapman 40, Nathan Swift 33, Buddhika Sanjeewa 4-91, Scott Lowe 3-41
Conisbrough (12pts) beat Barnsley Woolley Miners 2nds (2) by 40 runs
Houghton Main v Aston Hall
It was not easy to bat at Houghton on Saturday. Only six people, three on each side, made double figures. Both sides lost their fifth wicket with only 40 on the board. The difference was that from that point for Aston Hall, Mark Barnard held firm to score 56 from 75 balls, putting on 71 priceless runs with Josh Coulson, who was still there at the end with an unbeaten 38. Aston’s 151 may not have looked like a winning total, but it was enough to win by 63 runs as Houghton, despite 36 from Dylan Smythe and a determined effort by the last pair, could not deal with Nasir Omar, who took the last five wickets and ended with the remarkable figures of 8.2-4-6-5.
Aston Hall 151 (45) Mark Barnard 56, Josh Coulson 38*, Teriq Worrell 3-29
Houghton Main 88 (28.2) Dylan Smythe 36, Nasir Omar 5-6, Johannes Bothma 3-25
Aston Hall (12 pts) beat Houghton Main (0) by 63 runs
Rockingham Colliery v Sheffield Collegiate 2nds
Rockingham worked hard to build a total against a tight Collegiate attack; their first three batters, especially Andy Baker, bedding down for a solid start and providing a platform for Bilal Afzal (43 in 41 balls) and Aquib Shaikh (22 in 18) to extend it to 193-9. Opener Baker’s 54 in 114 balls was crucial, and he was not out until the score was 150-5, which was more than the young Collegiate side could muster together. Adam Burkinshaw did his best to hold things together, as did Matt Williams, Ben Fielding and Andy Simpson, but there were no other scores higher than 7 against the steady, tight Rockingham bowling of Aquib Shaikh, Jawad Akhtar and Peter Lomas who each took three wickets.
Rockingham Colliery 193-9 (50) Andy Baker 54, Bilal Afzal 43, Tate Miller 3-13, Tom Eldred 3-75
Sheffield Collegiate 2nds 140 (47.3) Adam Burkinshaw 36, Aquib Shaikh 3-30, Jawad Akhtar 3-33, Peter Lomas 3-37
Rockingham Colliery (12pts) beat Sheffield Collegiate 2nds (0) by 53 runs
Wath v Shiregreen
Two exciting sides playing against each other often produces a close, but high scoring match. Wath set off with high intent, James Barnard and Rob Barlow both making big fifties in an opening stand of 99. Shiregreen pulled it back a bit, but Wath had targeted their key bowlers. Imran Khan went for six an over for his three wickets, and Muhammad Khan more than five an over without taking a wicket. It meant that between them they only bowled 16 overs and Wath were able to take their total to 224-9, easily the most any side has made against Shiregreen this season. Then Steve Honeyman set into their batting. His 15 overs cost just 38 runs and he took five wickets, with only Kamran Khan and Harris Ikram providing significant resistance, putting on 49 for the eighth wicket. Shiregreen will have been disappointed to lose by 100 runs, but Wath will be delighted in a tactically strong performance that takes them deservedly to third in the table.
Wath 224-9 (50) James Barnard 60, Rob Barlow 55, Imran Khan 3-55
Shiregreen 124 (40.5) Kamran Khan 45*, Steve Honeyman Jnr 5-38
Wath (12 pts) beat Shiregreen (0) by 100 runs
Sprotbrough v Hallam
Sprotbrough have made an encouraging start to the season, after a difficult 2021, but struggled on Saturday against a Hallam attack missing Ed Burch and Rob Heyes, with only a determined second wicket partnership of 45 by Dean Williamson and Daniel Wright and a more belligerent 34 by George Thompson in a partnership of 44 with Tom Kaye for the 6th wicket, taking them to 119. James Smedley, bowled 11 overs for 11 runs and two wickets. Christian Leddicoat took 3-21, Alex Coates 3-33. When Hallam replied, Michael Threapleton removed last week’s centurion Nick Dymock, but couldn’t budge Rob Basu who scored his second fifty in three innings as Hallam eased to 121-4 with 18 overs to spare.
Sprotbrough 119 (41.3) George Thompson 34, Christian Leddicoat 3-21, Alex Coates 3-33
Hallam 121-4 (31.3) Robert Basu 60*
Hallam (12 pts) beat Sprotbrough (0) by 6 wickets
Wickersley Old Village v Green Moor Sports
Wickersley had a back-to-front innings at Northfield Lane, with the last five outscoring the top six, despite Johnny Younis getting most with 28. From 89-7, they moved to 170-9, thanks to Oliver Blackburn (26) and an undefeated last wicket stand of 34 by Ifti Afzal and Connor Snelgrove. Jake Rodgers, Dan Cartwright and Chris Matthewman each took three wickets, but Green Moor must have been disappointed they couldn’t close down Wickersley earlier, especially as, when the visitors batted they also struggled, particularly against Ahmad Bashir and Mark Cummins. At 83-3 things seemed hopeful, but no-one managed more than Chris Matthewman’s 26, and the last wickets fell at regular intervals, so that it was Wickersley, not Green Moor who move up the table to fifth place.
Wickersley Old Village 170-9 (50) Jake Rodgers 3-30, Chris Matthewman 3-35, Daniel Cartwright 3-46
Green Moor Sports 120 (37.5) Ahmad Bashir 5-38, Mark Cummins 4-29
Wickersley Old Village (12pts) beat Green Moor Sports (2) by 50 runs
Full scorecards
by Richard Storer 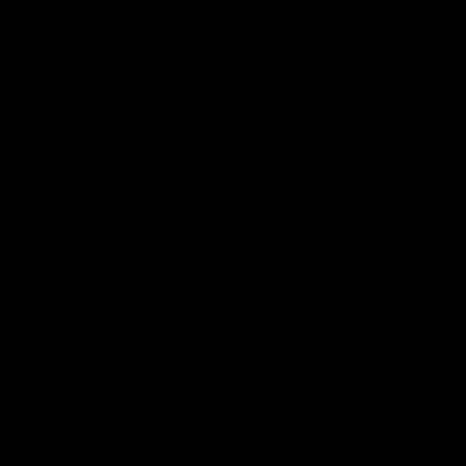