Posted on 12th April 2022 at 11:40
The 2022 season starts this Saturday, and we today we publish the first of our four-part season preview. Weather can make or break a season, and we can only hope that it is kind to us; whilst Covid has blighted the last two seasons to various degrees, and we fervently hope for a season free of restrictions, as we learn to live with the virus. Last season, the reorganisation of the lower division saw some unbalanced promotion and relegation situations, and we anticipate a return to the normal 'two up/two down' or 'three up/three down' arrangements this year.
The divisions all look highly competitive; we look forward to seeing how they unfold, and to some exciting and hard-fought cricket. We wish the best of luck for the season to all our players and officials.
As with any newcomers to a league, it is difficult to predict how Ackworth will fare, but the club look to have a strong mix of experience and talented young players. Former Doncaster Town captain Luke Townsend was the leading wicket-taker last season and forms a formidable spin duo with Dale Longfield. Amit Kundra was the leading run-scorer last year, and has looked in great form at winter nets, as has former Cleckheaton, Durham and Lancashire all-rounder John Wood, who will also be Townsend’s vice-captain. A top-half finish in Division 2 looks realistic. The second team has a new young captain, James Clarke, who will be looking to make the most of his experienced players within a young squad. Ackworth look forward to seeing some of their talented youngsters develop further over the season. 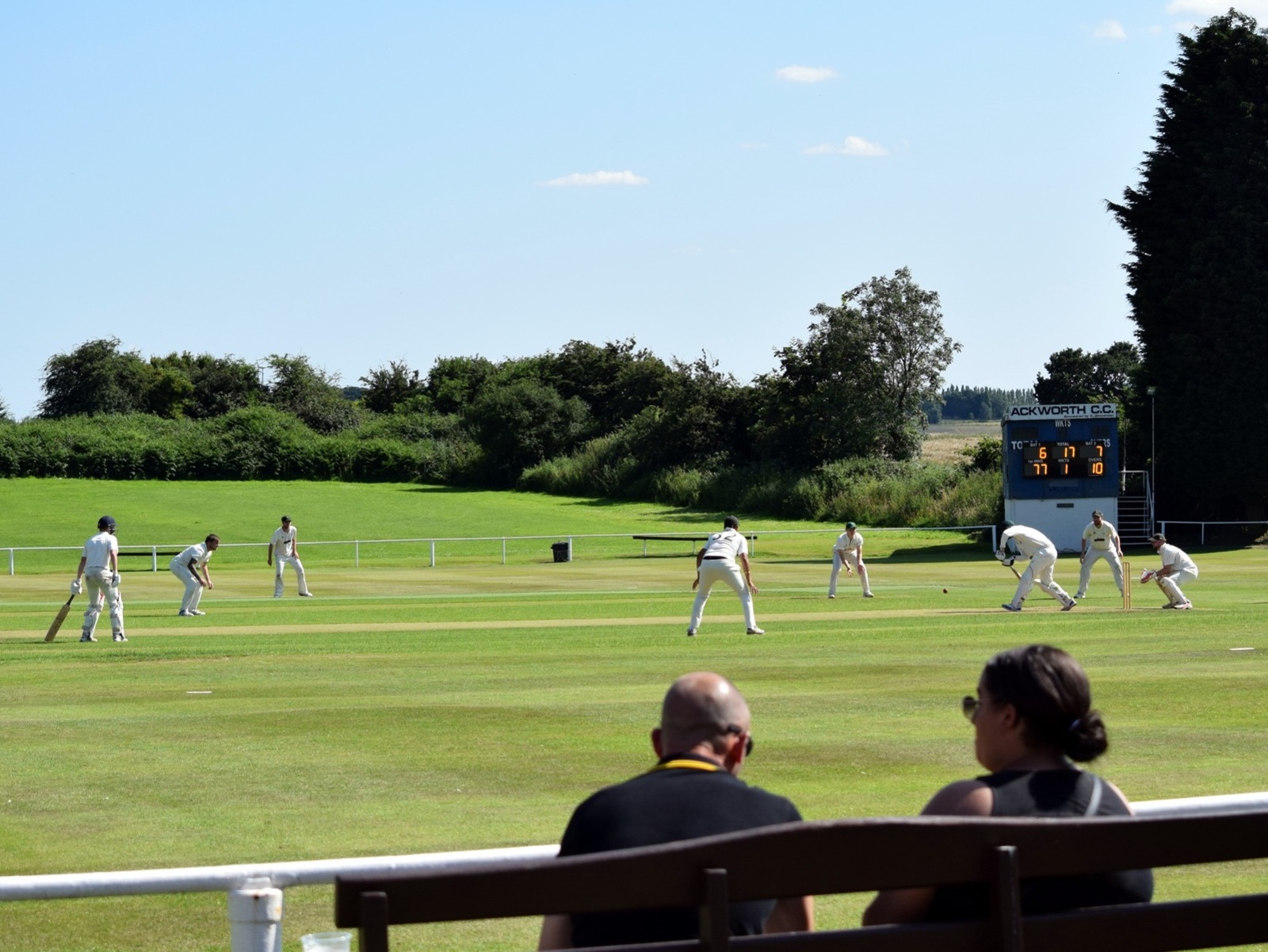 It is one thing to get to the top and quite another to stay there – but that will be Appleby Frodingham’s challenge in 2022, as others strengthen to challenge them. The Steelmen are lucky to have a core of good younger players who should only develop further. Matt Fowler continues to skipper a side in which the new overseas player is Jordan Neil from Pretoria, who will take the new ball and bat in the top four. Unfortunately, Joe Baker is going to miss a significant chunk of the season due to work commitments, but Jack Harrison will be available for the full season after his 2021 season was cut short when he was posted abroad by the RAF for six months. Chairman Matt Morland picks out former Notts spin-bowling all-rounder Jordan Cook as a player to watch. To repeat last season’s treble would be a tall order, but expect ‘Frod’ to challenge in all competitions.

Aston Hall were disappointed to finish in the bottom half of the Championship last year and will be hoping to do better this time. Johan Bothma continues as skipper, with Barbadian Jared Lovell as the overseas. The club have signed Corey Manderson and David Raw from Whitwell and Baslow respectively, and experienced all-rounder Lewis Sansome joins from Whiston PC. Former skipper Rob Ward takes on a new role as second team skipper, charged with helping develop the club’s young talent.
The top end of the Premier Division is likely to be very competitive, with four or five teams competing for honours, and Barnsley Woolley Miners will hope to be one of them. After contributing 3,348 runs and 100 wickets in four remarkable seasons at the club, Harpreet Singh Bhatia will not be at Shaw Lane, due to visa issues, in 2022. The club now hope to have Australian batsman Jake Weatherald as their overseas player.The backbone of the first team will be batsman Beck Frostick and spin twins Ali Jahangir and Oliver Jackson, who will be augmented by promising younger players, under the experienced guidance of Jason Booth and Jon Trower. The second team made progress as the season went on last year, and the Griffins hope they can maintain their Championship status under new skipper Nathan Swift. Alex Gough will lead a strong-looking side in Division 4 and they will be hoping to achieve promotion back to Division 3; whilst Adrianna Darlow makes League history as the first woman captain of one of our Saturday teams; she will hope that the Division 6 team is able to complete more fixtures than last year. Matthew Clegg has joined from Pledwick and Ian Norton from Higham.
Bradfield Village Fellowship target promotion for the first team into Division 2, and promotion for the second team back into Division 5. They hope that hard hitting Jonny Balfour and left arm bowler Harry Crossley will be key in the promotion push – but they are only two of a talented squad of players. Junior players will be the focus at the club – both aiming to develop them to be selected and to compete in both teams.
Caribbean Sports first team were promoted from Division 3 to Division 2, and their primary target will be to consolidate in the higher division. There have been a number of player movements – amongst which 2021 record wicket-taker Arslan Tariq will be sorely missed. Second team batsman Arsalan Khalid has also moved on, but Sports have signed Murad Hussain from Aston Hall and Mazar Sharif from Oughtibridge. 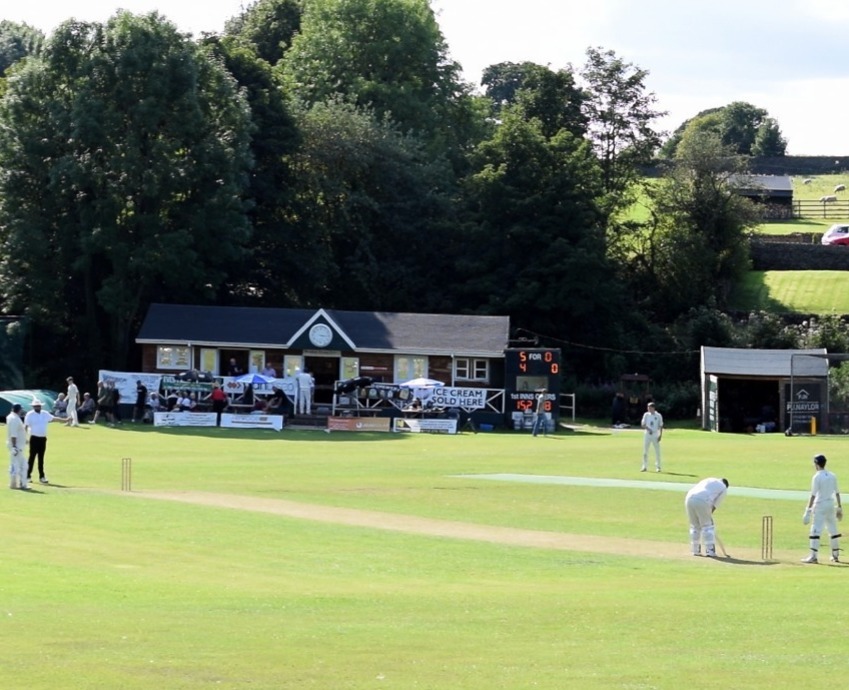 Cawthorne only achieved Premier Division safety on the penultimate Saturday of 2021, but they have league record run-scorer Taruwar Kohli returning for a second season in the UK and will hope to challenge at the top end of the table this time. The seconds narrowly missed out on promotion from Division 4 and will aim to go one better in 2022. The Dark Lane side have also signed some good young talented cricketers, including Jacob Holling and Harvey Jones from Shelley in the Huddersfield League, and Tom Sanders from Denby. 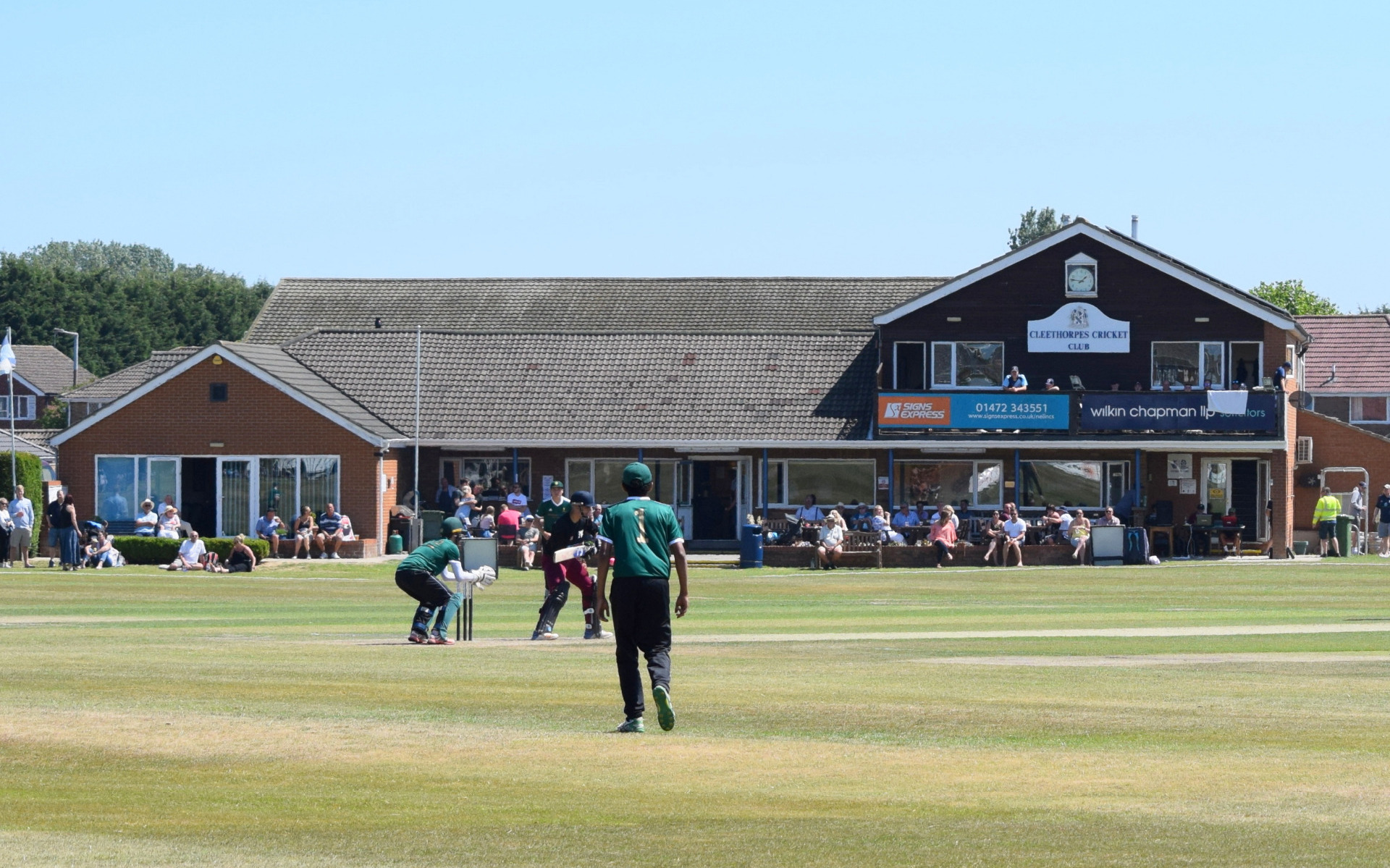 If there is lone thing that Premier Division sides are unanimous about, it is in looking forward once again to their visit to Cleethorpes. The Meggies will again be led by popular evergreen opener Bill Kirby, and have Sri Lankan all-rounder Sameera Sadamal returning as their overseas player after an outstanding 2021 in the Championship. They have recruited some quality players in former Notts wicketkeeper Tom Keast, current Lincolnshire player Ben Wright, and experienced all-rounder Aaron Onyon. If Alex Osmond is able once again to contribute wickets on a regular basis, they will hope to be competing in the top half of the table this time.
With leg-spinner Hassan Bin Shahab again available to spearhead their attack, supported by Buddhika Sanjeewa and some very good younger players, Conisbrough will look for their first team to be pushing for promotion. Equally importantly, they will want their seconds to be promoted so they can close the gap between the teams and make the transition to first team cricket hat bit easier.
Darfield field teams in Divisions 1 and 5, and will target promotion for both. Barbadian overseas opening batsman Kastun Stoute, who had a superb summer last year, returns to the club, and there are a number of new signings; including Jake Hardcastle from Houghton Main, Arsalan Khalid from Caribbean, Riecko Parker-Cole from Bradford & Bingley, and Aaron Whitehead from Conisbrough. 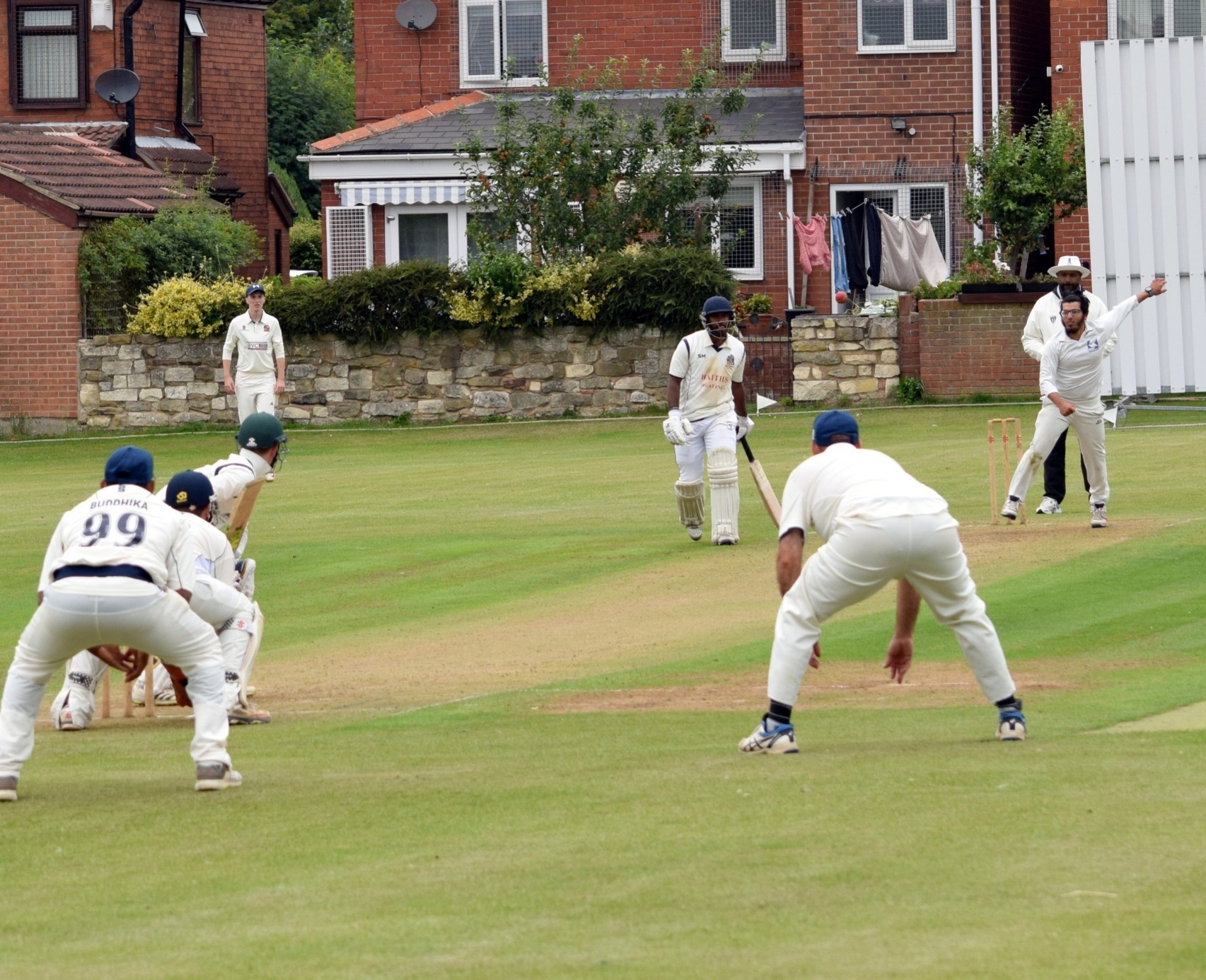 Last season, Dearne were relegated from Division 7 in tenth place out of 14. This year, they target immediate promotion back again, and believe that they have a strong enough side to achieve this. The backbone of the side includes new skipper Jack Deakin, Connor Turford, Nick Petty and Jamie McTaggart; whilst of the younger players, Reece Gibson and Sam Jacques could definitely make an impact this time. 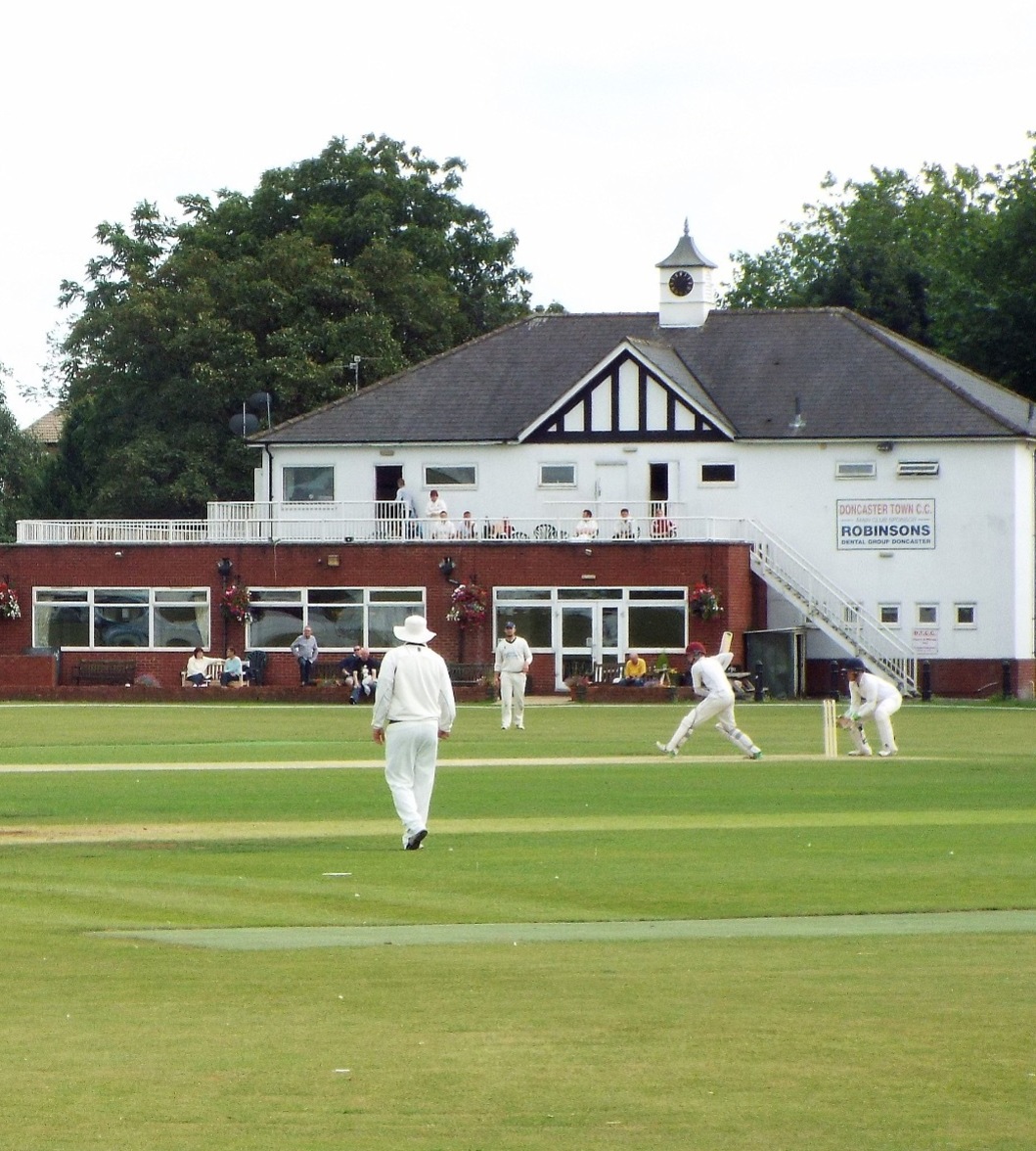 Several new players have joined Doncaster Town, including Pakistani batsman Umar Amin as the overseas player; Max Davidson from Tickhill; Christian Dobson from Upper Haugh; Jaden Fell from Bracebridge Heath; Ethan Hardy from Wath; Joe Horrocks from Grantham; and James Keast from Stamford Bridge. The first team will have a new look, with a blend of youth and experience; the second and third teams, both of whom achieved promotion last year, will be stronger and hope to continue to move upwards. The fourth team will again give younger juniors the chance to experience senior cricket for the first time in a structured environment. The club will continue to grow their All Stars & Dynamos programme, getting children involved in the sport at a young age and from a wide range of backgrounds from the local community. They will again be developing the junior, womens’ & girls’ and senior sections to ensure they are competitive across the board in 2022. This summer DTCC will be replacing both Astroturf pitches on the square, aiming for Town Fields to continue to provide the best training and playing facilities in the area.
Share this post: