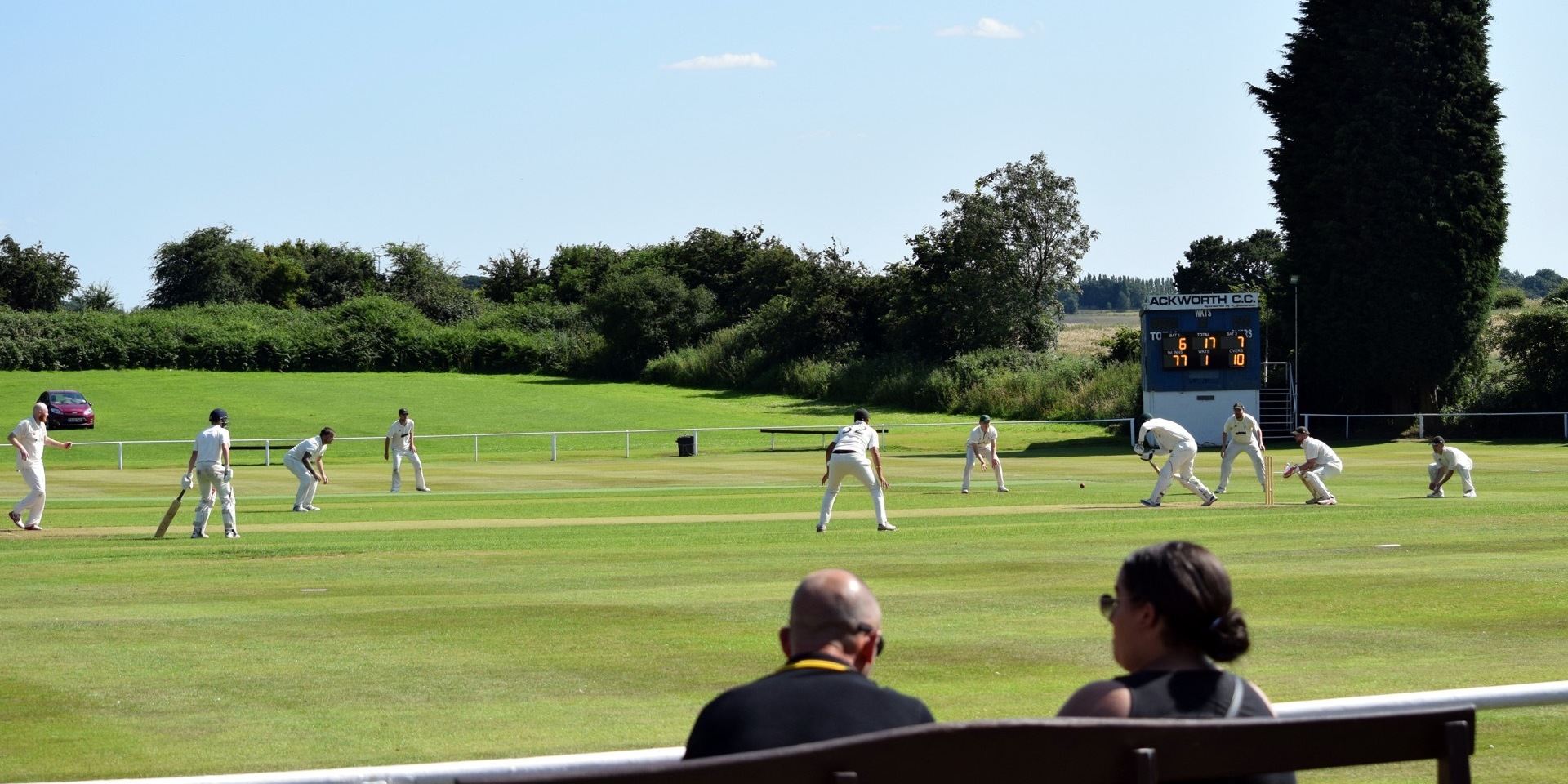 Around our clubs: No 3 - Ackworth CC

Posted on 28th February 2022 at 21:23
Ackworth Cricket Club may be new to the YCSPL, but they are a long-established club with a proud history. They were founded back in 1890, and were founder members of the Pontefract & District Cricket League in 1928. Now, after being Pontefract & District champions on five occasions, the last in 2010, the club have decided to broaden their horizons and make the move into our league.
Explaining the reason for their decision, club chairman Nigel Malyan, whose name has been synonymous with Ackworth CC for more years than he would care to remember, says, “We are an ambitious club; we are seeking to develop, and to compete at the highest level we can.”
There have been many ‘up and downs’ during the club’s 130-plus years’ history, and during World War II, Ackworth CC was kept alive only by its’ ladies’ team that functioned after the men’s teams had been forced to cease playing. It is appropriate, therefore, that as the club stands at the start of a new chapter in its’ history, a new girls’ team is now being established at the club’s Wakefield Road ground.
Over the years, a number of well-known players have been produced by the club. Peter Hepworth (pictured below), who has played for our Premier Division sides Doncaster Town and Barnsley, started out at Ackworth before moving on to Leicestershire. Graeme Stevenson also came through the club’s juniors before embarking on a successful career with Yorkshire, returning to play at the club afterwards.
But the best-known Ackworth alumni of course, is Sir Geoffrey Boycott, who first played in men’s cricket at the rear of the Boot & Shoe pub on Wakefield Road. His first captain was the late George Hepworth, and despite the latter running Boycott out in his first innings, the two developed a life-long friendship, through which Boycott retained his links with Ackworth CC throughout his illustrious career.
George’s late brother, Bert was also a long-time servant of the club, serving as both president and chairman over the years. “Bert saw the club through the hard times and ensured that it came through intact,” says Nigel Malyan. Both the Hepworth brothers were true stalwarts of the game, serving both their club, their league and the Yorkshire Cricket Council with great distinction. 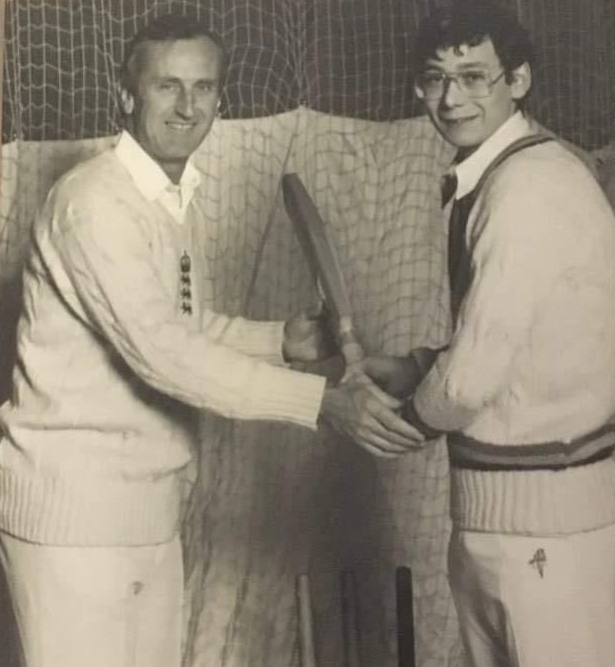 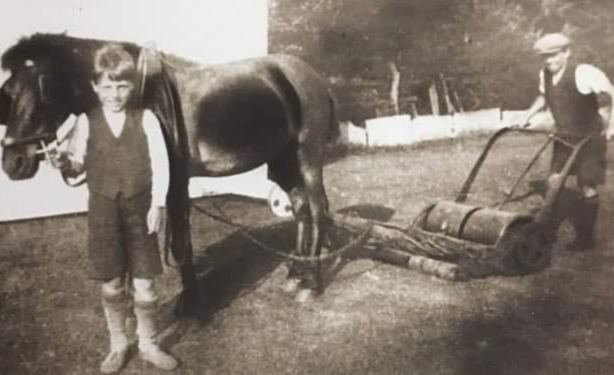 Ackworth’s first outfield mower, pulled by the club’s own horse. The horse wore leather boots when the grass on the square was being cut to prevent hoof marks. The gentleman in the photo is a member of the Chapman family who still visit the club.
Another important name in Ackworth’s history is Dougie Lloyd, a former Minor Counties wicketkeeper-batsman, who captained the club through its successful 1960s period. Sadly, Dougie lost the sight of an eye after being hit on the head by the ball whilst standing up to the stumps, but he retains a strong interest in the club to this day, and is a regular visitor to the ground, where he can always be found calling out words of encouragement to the players from the sightscreen. Malyan himself, who was introduced to Ackworth by his father, was an on-field stalwart too – a very capable left arm bowler, who came through the ranks with Peter Hepworth – and he has worked tirelessly for the club ever since.
The club of today is vastly different to when Nigel Malyan started out. Two Saturday teams will compete in the YCSPL in 2022; there is a third XI that plays on Sundays; and a midweek side in the Doncaster Infirmary League. Another club stalwart, Jono Gillespie, devotes many hours to the thriving junior set up, which boasts sides at all levels from under-nines to under-17s; to which the girls’ team will be added this season. Jono is a real cricket man, chairing the Wakefield Junior League, coaching that league’s representative teams and previously coaching Yorkshire regional teams. Jono’s commitment to developing juniors is crucial to the club’s future.
The Wakefield Road ground has developed over the years, and now looks a picture on a sunny match-day, invariably attracting a healthy crowd as the game progresses. Improvements over recent years include a new scoreboard and scorers’ hut, and a three-bay net facility. This year, the club plan to follow the likes of York Cricket Club by installing two hybrid pitches. In this venture, they will be trailblazers in our League, and we look forward to hearing feedback. There are also plans to extend the nets, and in longer term, to build a sports hall at Wakefield Road.
All this would not have been possible were it not for the late Frank Beech Dyson, John Skidmore and the club’s solicitor, Howard Rutter. This small team began negotiating the purchase of the ground from its’ former owners in the early 1990s. They had to overcame several challenges for the land, including from a building contractor who offered various new sites to relocate the Club. Thankfully, these challengers were not successful and the ground was bought in 1993 for £34,000.
Ackworth itself is a large village with a population of around 8,000, situated in the metropolitan borough of Wakefield. It is just under nine miles to the south-east of Wakefield, and is in easy reach of the A1. The cricket ground represents the main community facility in the village, where it enjoys a prime location behind the well-patronised Boot & Shoe pub, and its’ facilities are used by local sport and leisure clubs and societies.
In 2022, Ackworth’s two teams will be made up of a mixture of youth and experience. Former Doncaster all-rounder Luke Townsend will be joined in the first team by former Cleckheaton, Durham and Lancashire seamer John Wood and wicketkeeper Andrew Joburns – the latter being already very well-known to many in the YCSPL. But the experience these three bring will be more than counter-balanced by youth, as the club aim to benefit from Jono Gillespie’s work with the juniors and build for the future.
We welcome Ackworth to our league, and hope that they will have a long and successful association with us.