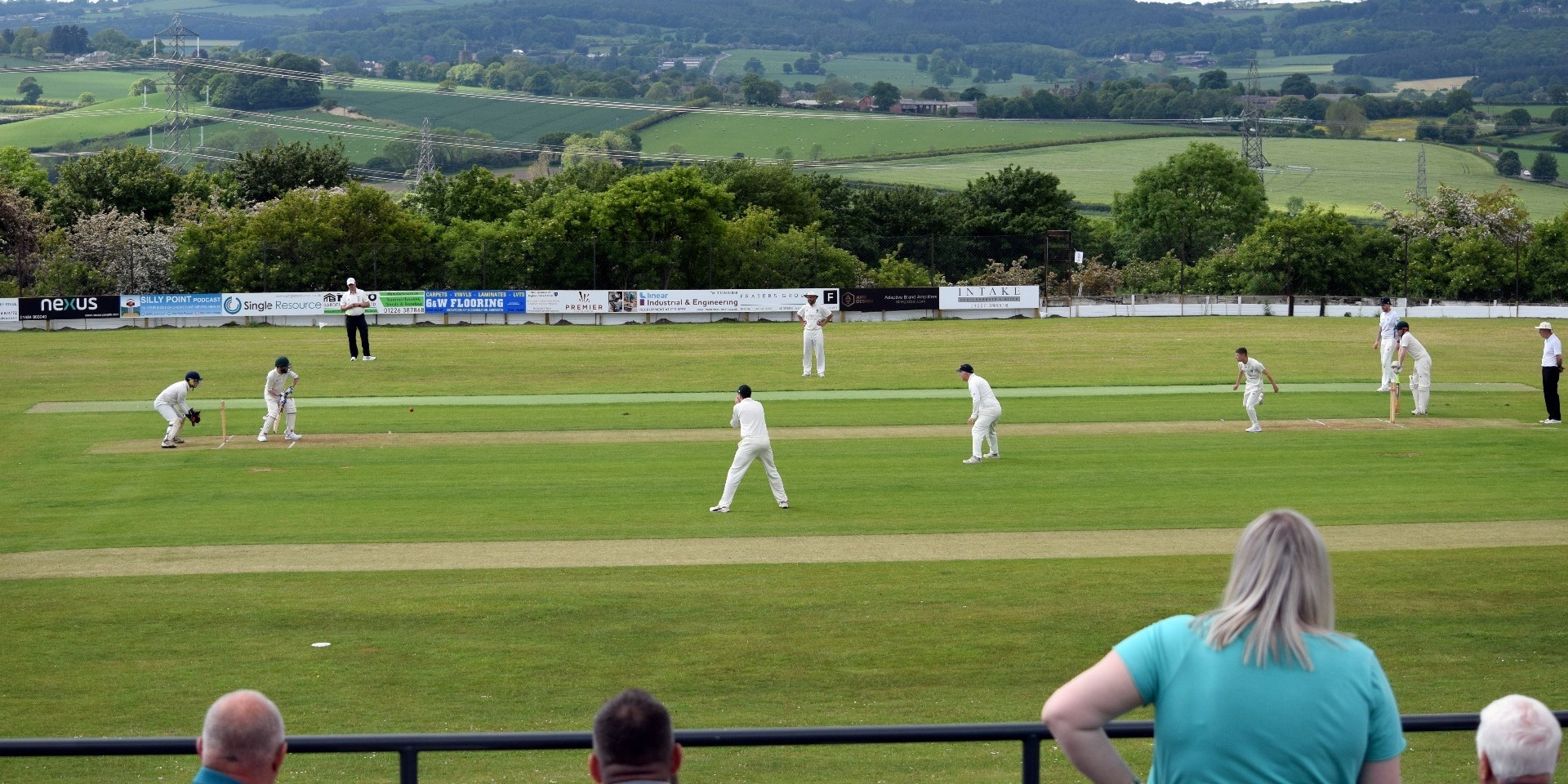 Around our clubs: No 1 - Higham CC

Posted on 20th October 2021 at 15:23
It was on a visit to Higham’s ground in Pog Well Lane that I had the idea for a close season series of articles on our clubs. I got talking to a couple of gentlemen sitting in front of the pavilion and enjoying the cricket on a lovely June Saturday; they were telling me a little of the recent history of their club, and I thought that it was a story that should be told ……
Higham CC were formed in 1875, competing in their early years in the Darton & District League. By the post-WWII period, they were playing in the Huddersfield Central League, of whose Premier Division they became longstanding members.
However, by the mid 2010s, the club were in serious decline. From running two Saturday teams plus a Sunday side in the Barnsley & District League, by 2015 they were down to one side – and even then were regularly fielding just eight or nine men in order to avoid calling the game off. The one-sided nature of some of the games did not help. Director of Cricket Richard Ives recalls a game against Mount CC in Batley – a strong team with some very talented players. “They declared when they got to 350 well inside 30 overs,” he says. “I think they felt sorry for us.”
The primitive and decaying facilities at Pog Well Lane, with no bar or showers, did not help player recruitment. In Richard’s words, the club were ‘just going through the motions’.
At a crisis meeting in 2016, there were two choices. Either close the club down or give it a real go to revive the club. Thankfully, the small faithful band at the meeting made the right choice, and decided on the latter course. One of the first steps was to raise funds for a new pavilion. The club raised money themselves for the initial solicitors’ and architects’ fees; they applied for grants with some success; they profited from a decent chunk of Section 106 money; and they were not shy of asking businesses for help with materials.
Director of Business Development Dan Bamforth has been one of the main forces behind the rejuvenation of the club. “It was a lot of very hard work,” he says. “But we were lucky several ways. When you approach people for support, it makes a tremendous difference if you have already raised a decent amount – people are much more likely to help.”
There were one or two bumps along the way – like when it was discovered that they were building on land they didn’t actually lease, which was resolved with an amendment to the 25-year lease (the ground is Coal Board-owned and managed by Barnsley MBC). But the new pavilion was finally opened in 2018 by Yorkshire CCC Chief Executive Mark Arthur. It very quickly started to pay dividends, the excellent facilities making it much easier to attract new players to the club and providing income through the bar. 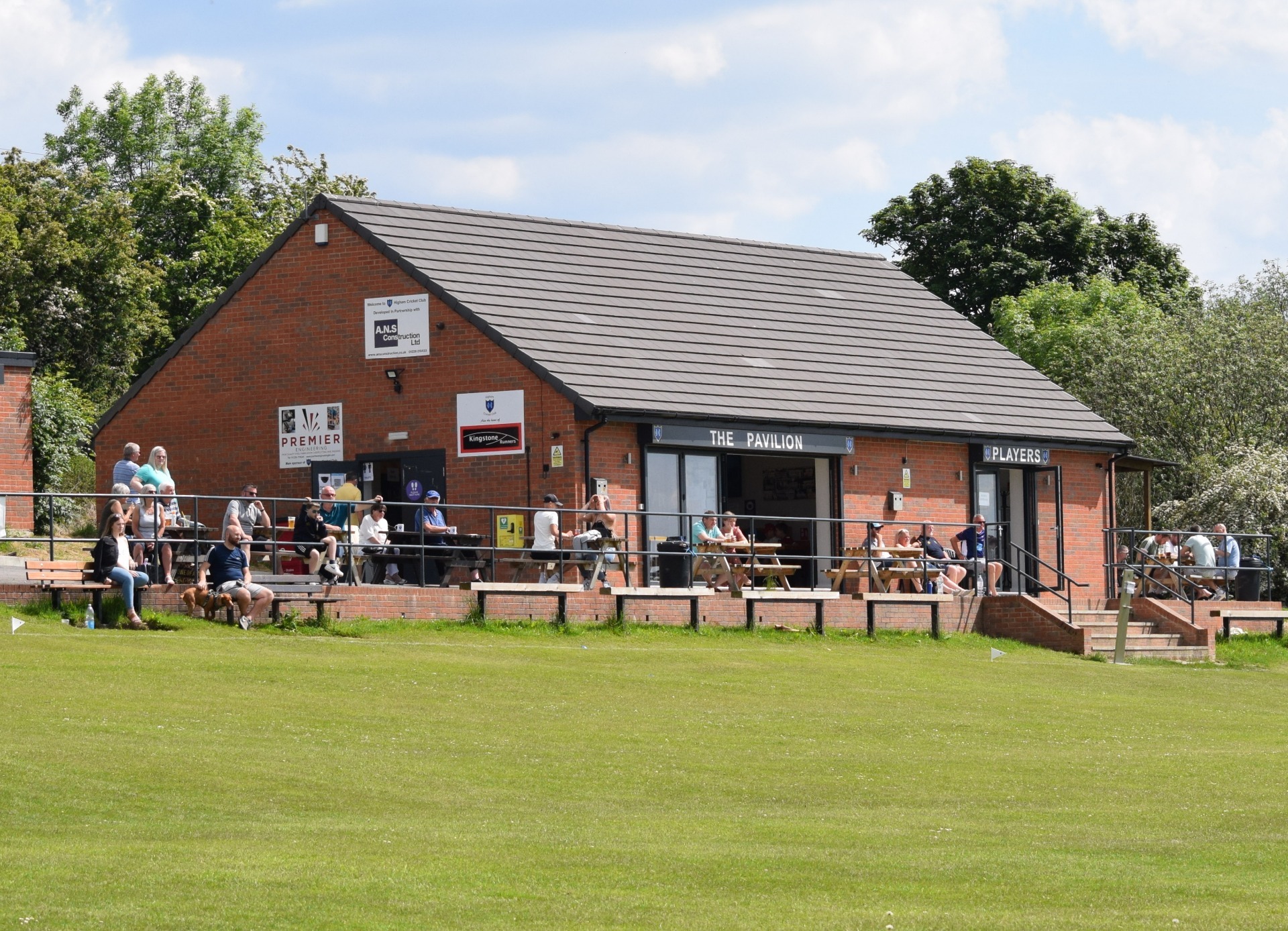 The old and the new
Another positive development also came in 2018, when following the disbanding of the Huddersfield Central League, Higham and Green Moor made the move into the old SYSCL. This also helped the club to attract new players, as they were playing much more in their ‘home area’.
Two subsequent initiatives have reaped positive rewards. The club now has a thriving women and girls section, with a very successful ladies’ softball side, who won their South Yorkshire League title in 2021. They also reached the final of their cup competition, against Bridlington at Goole in August. They will also be starting an under-11s girls side in 2022. It is not uncommon for there to be over 20 ladies at training sessions – and of course there has been financial benefits through increased clubhouse usage!
Higham also applied to become a ‘Disability Champion Club’. The application was successful, and Higham started to run coaching sessions for people with a wide range of disabilities. This led to the Pog Well Lane ground being chosen to host the Yorkshire v Lancashire disability XIs game in June – albeit being unable to prevent Lancashire winning thanks to their top-scoring opening batsman. A further game, when Yorkshire played Northamptonshire in August, did result in a home win however!
The games were well-attended, and the disability-friendly facilities and the efforts made by the club to make all their visitors feel welcome did not go unnoticed. Bamforth hopes that Higham will continue to host county disability games in the future.
The decline in playing standards has been arrested – last season the first team were fourth in division four, whilst the seconds were fifth in division seven – and they will look to mount promotion challenges next season. The excellent pavilion facilities have resulted in several community groups and societies making Pog Well Lane their regular base – to the extent that it is now really a seven-day-a-week facility.
But even to stand still you need to move forward – and Higham are already embardking on their next major project. The old changing room building in the north-east corner of the ground is being demolished, to be replaced with a new three-bay changing room block, with main dressing rooms on either side and a dressing room in the middle with specific facilities for women & girls and disability cricket. The club have been working with the ECB, who are developing a ‘Welcoming Facilities’ framework, and the new changing rooms, which are expected to be open for next season, will be the first in the country to comply with the framework.
The next stage will be to adapt the existing changing rooms in the pavilion to provide more space for the growing number of organisations that want to use the facilities.
One area where the club has had less success is in generating junior sides. They face issues familiar to several of our clubs – there are other clubs with strong junior sections in the immediate area, so they are fishing in the same pool as clubs with a better track record. That is not to say that they will give up – their record in other areas is testimony to their ‘can do’ approach – and they will continue to offer All Stars and Dynamo programmes, but next season, their one junior side will be the girls under 11s.
Richard Ives believes that the club will continue to grow, but whilst retaining its’ ethos. “We are a non-profit organisation,” he says. “Any money we make is reinvested into the club or put into the local community – we bought the village Christmas lights last year, for example.” Players are not paid – the club wants to invest in new sightscreens, netting and an electronic scoreboard.
From such an unpromising position a few short years back, it is a remarkable story. Perhaps we will revisit for the next chapter in a few years’ time ….
If your club has a story to tell, and you would like it to feature in a future article, please get in touch – website.administrator@ycspl.co.uk 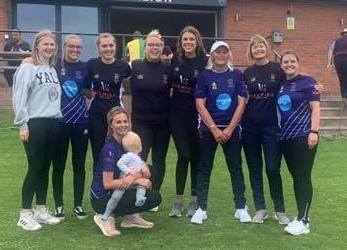