Posted on 30th December 2020 at 13:41
The Yorkshire ACO has today released a poster to support the ACO umpire recruitment campaign, It's Your Call.
In the player survey that informed the merger proposals before the YCSPL was set up, the subject of umpires figured most in the responses. The majority of the issues raised could be resolved by increasing the size of the umpires pool.
The League will play its part in helping recruit new umpires in any way it can, but it is the clubs who are in the best position to persuade players nearing the end of their playing careers, or others interested in the game, to take up umpiring. If each club could help us recruit one umpire in 2021, this would make a dramatic difference to our ability to cover matches. We ask for the help of all clubs in the drive to recruit more umpires and help us to address the concerns raised by players!
The poster gives details of how to book for a training course, but anyone interested in becoming an umpire and needs more information should contact South Yorkshire Cricket Umpires Association secretary Jim Taylor on 07961 874138 or by email at james.taylor@ycspl.co.uk.
Find out more about ACO membership, the benefits it offers, and the courses available at www.ecb.co.uk/ecbaco or by emailing ecb.aco@ecb.co.uk. 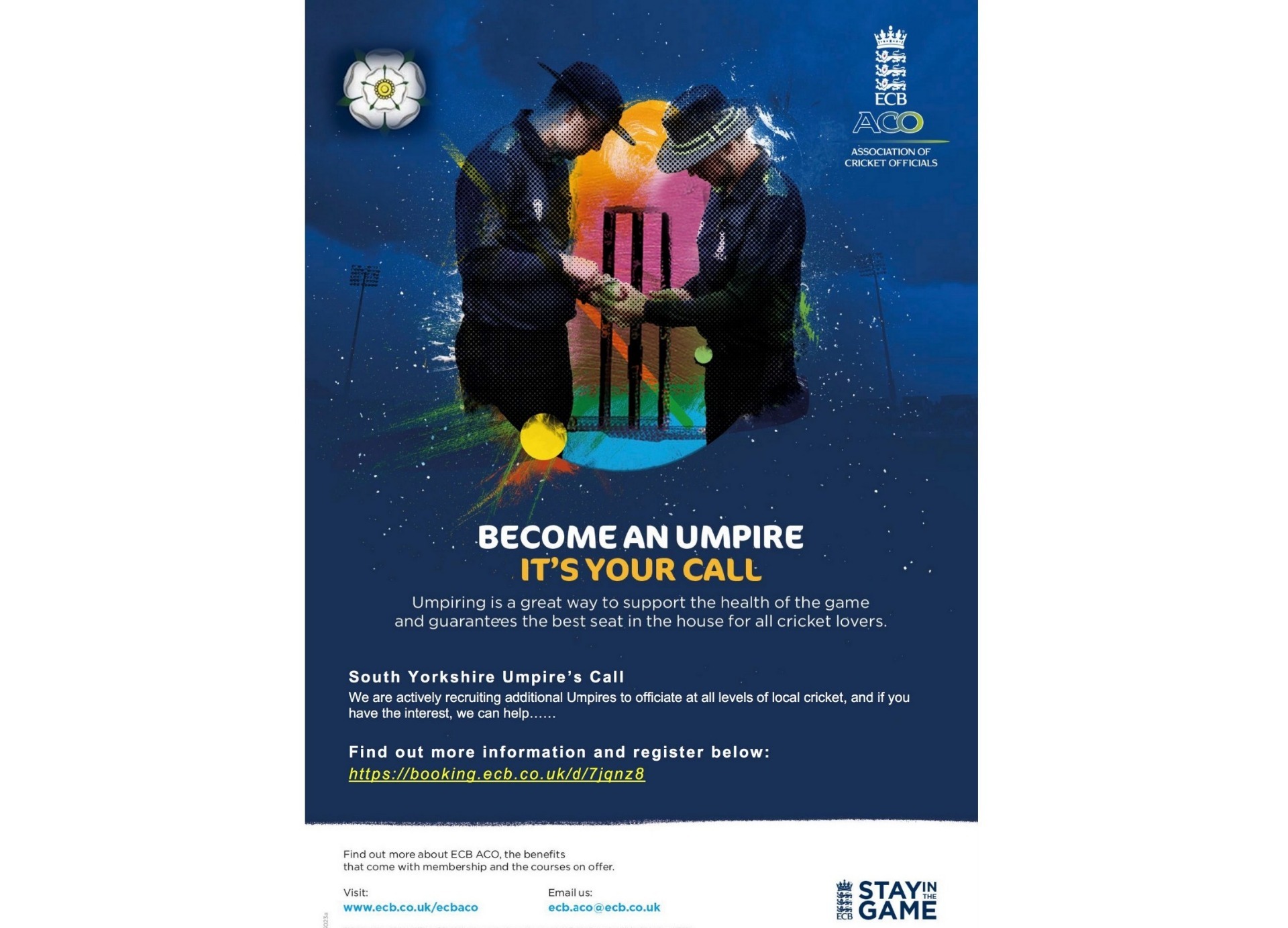