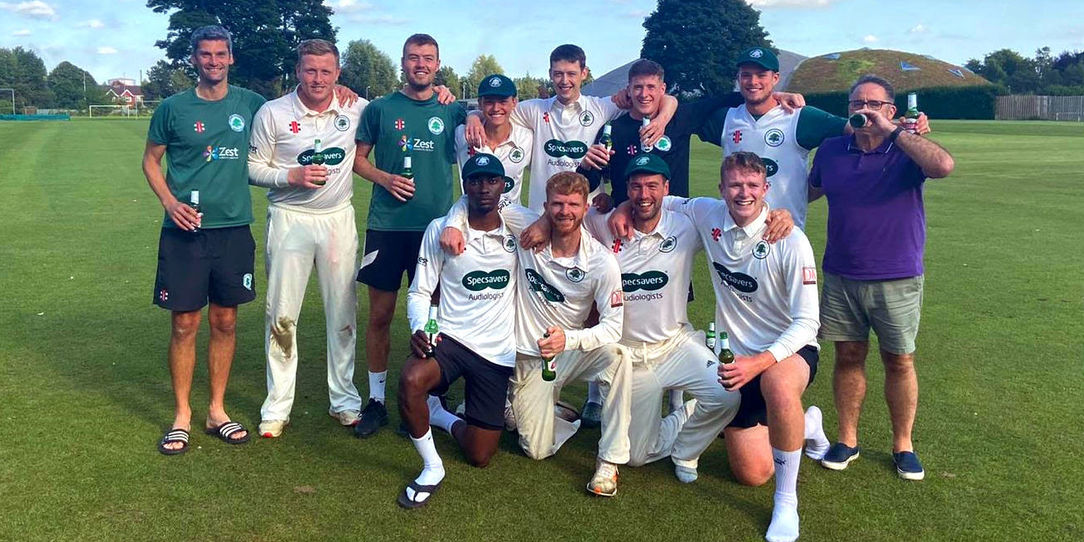 Posted on 28th August 2021 at 20:27
Congratulations to Appleby Frodingham CC who today became the first champions of the Yorkshire Cricket Southern Premier League, when they beat nearest challengers Sheffield Collegiate CC by six wickets at Brumby Hall to take an unassailable 24-point lead at the top of the Nicholas Associates Premier Division.
After they had put Collegiate in to bat, Joe Baker made early inroads with three wickets, including the dangerous Shaaiq Choudhry, to leave the visitors on 17-3. Jacob Waterson and Sam Hunt took the score up to 43 before both were dismissed by Kieran Lindley. After that, wickets fell regularly and number eleven batsman Robert Shaw was the only other Collegiate batsman to reach double figures. Lindley finished with three wickets, as did experienced seamer Paul Hilton. Baker, Hilton and Lindley have been crucial to Frodingham’s success, with 103 league wickets between them.
The home side reached their target with plenty of overs and wickets to spare, but not without casualties. Alex Grimes and Lindley both departed, victims of Choudhry, at 23, and the same bowler later dismissed Fowler and Jamar Ifill for twenties. An unbeaten 29 from Jordan Cook saw the Steelmen home, and it was fitting that long-serving batsman and former captain, now club chairman, Matt Morland, should score the winning runs to seal the historic triumph.
Appleby Frodingham are deserving and popular winners of the title, and are a credit to our league. We wish them well for the rest of the season, in which they will compete in the YCSPL T20 Blast finals on Monday; the Viking Cricket Yorkshire Leagues Knock-out Cup next Sunday; and the White Rose Yorkshire Champions play-offs in a fortnight’s time.
We also congratulate another former Yorkshire League team, Castleford CC, on today winning Yorkshire Premier League North for the first time.